What if a voice assistant became an assistant? One with a human voice? One that handles your calls? A chat bot that became a call bot: Google Duplex.

A call bot is taking over real-world tasks
Google Duplex can make appointments with other businesses over the phone (dentists, hairdressers, etc.). It has an AI-based, human-sounding voice, with a vocabulary including ‘Mm-hmm’ and is so advanced it can distinguish between a computer and a person. Google Duplex can understand complicated speech from the business it's calling - and it does all of this without your interaction.

All you need to do is ask Google Assistant. You can do this on several of the Pixel phones. Google recently added the service to more Android devices and Apple iPhones. Google Duplex will start automatically if the restaurant where you want to make a reservation allows Duplex calls. You will get a notification from Google Assistant when the task is completed. 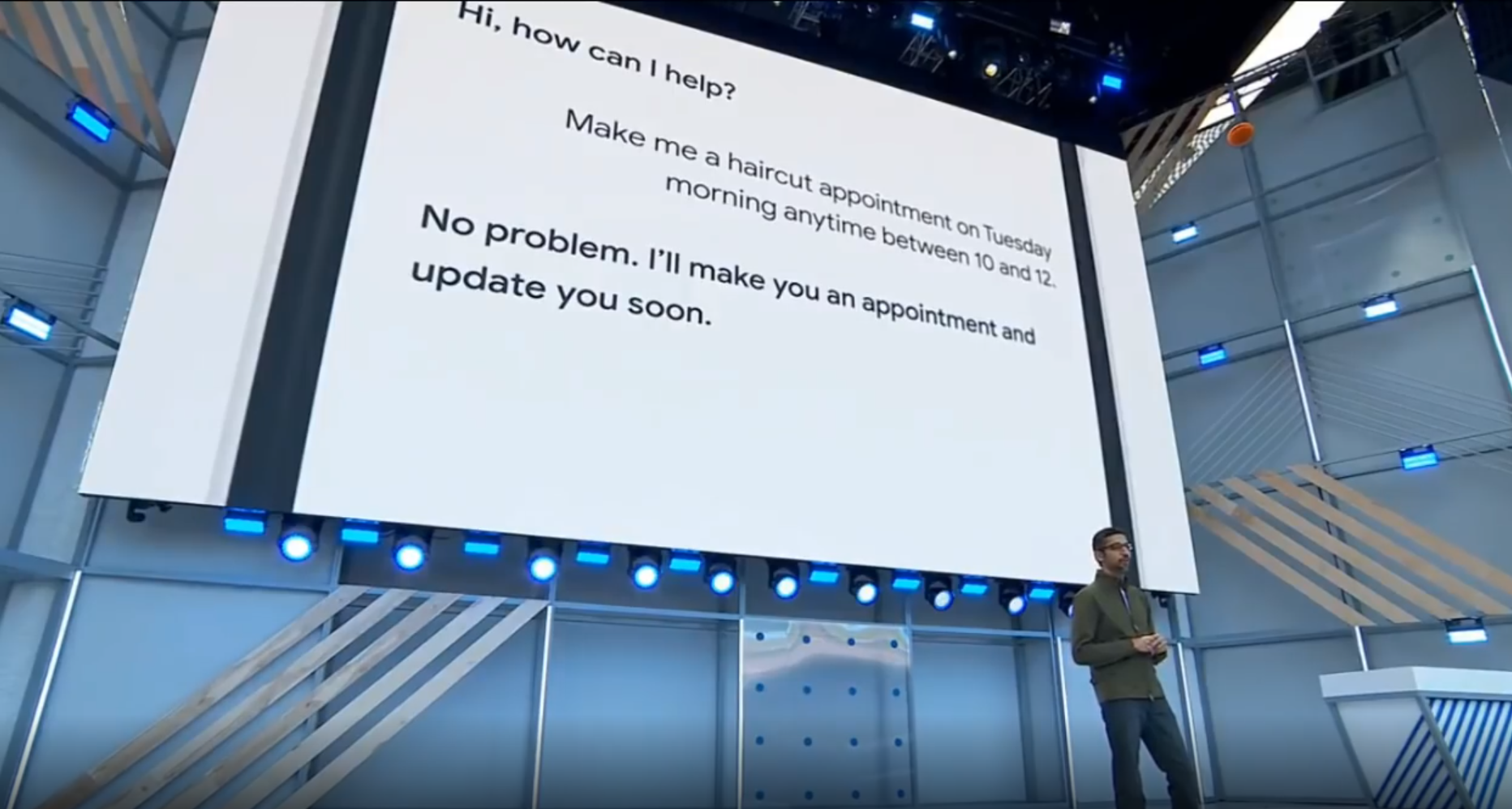 As the example makes clear, it is hard to tell whether a bot or a real person is speaking, which has led to some debate about the ethics of Google Duplex. Google has, therefore added an introductory comment. Every conversation now starts with “I'm Google's automated booking service, so I'll be recording the call”.

Businesses can object to these calls being recorded. Google Duplex can also agree to call back on an unrecorded call. A regular Google worker makes the subsequent call, and they can even agree to remove the restaurant from of the list for Duplex calls in the future.

Duplex on the web
Google Duplex was launched in May 2018, starting off in several US states and expanding to further states ever since then. At the Google I/O event in May 2019, an extended version was announced.

This extended version will include Duplex on the web. In the future, Google Duplex will not only help you call businesses - it can fill out online forms. Whenever you want to rent a car, you can ask Google Assistant to help. That's when Google Duplex comes into action: it will find your next trip in your calendar, recommend a car based on earlier rentals and fill out any necessary forms automatically. The only thing you need to do is check the summary of the details and click ‘submit’.